Get fresh music recommendations delivered to your inbox every Friday.
We've updated our Terms of Use. You can review the changes here.

Don't Forget About Me 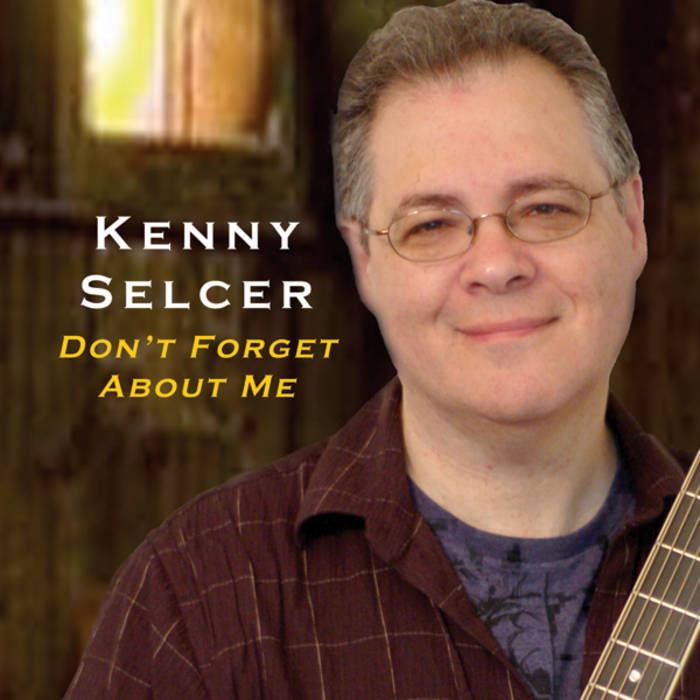 Kenny Selcer- “Don’t Forget About Me.” by Craig Fenton

Their refusal to compromise artistic integrity for multiple Benjamin Franklin’s earned them respect and admiration throughout New England. Their sound of folk-rock and beyond without falling into preconceived boundaries was rare then as it is today.

Kenny’s stronghold in the region includes time with Shazam, String Bean, the Knuckles, and the Kenny Selcer Band.

In 2012 he released “Don’t Forget About Me.” An intriguing title to say the least due to the nature of those that have heard him perform couldn’t help but remember. The latest work has a myriad of musicians playing a plethora of sounds. While others may fall into the trap of too many cooks competing for the main course Kenny has accommodated us not only with traditional instruments but the added layers of congas, mandolin, and pedal steel. Never once do the ears find the need to hide for cover because of a sub-par mashing of sonic sounds. Kenny’s hands-on approach (he produced the recording and was the co-engineer) has allotted for each person to be able to breathe without suffocating the listener.

Imagine David Bromberg, Jackson Browne, early Donovan, Steve Forbert, Tom Petty, and Paul Simon percolating in a room. That paints a clearer picture of Kenny’s latest material. Further accented by his own copyright stamp the results are pure pleasure from the opening tune (the title cut) to the finale (which by the way ends with the reprise).

Along the way the songs blend together effortlessly. Kenny has always closed his eyes to the so called rules of recording. He doesn’t consult a manual to come up with a cookie-cutter effort that would not only disappoint the legion of followers but make gazing in the mirror a permanent hardship. An indication of Kenny following his own path is the sequencing of the songs. Tracks six through eleven “Colors”, “I’m Goin’ Back”, “I Would Be With You”, “In An Instant”, “With You”, and “Colors” (reprise) would normally be the opening tunes for the artist not wanting resistance from the record company or they may be the final but Kenny’s idea to have such tenacious tunes in the middle shows an unyielding confidence that the material placed at the beginning and end are more than adequate to anchor the ocean liner.

Not many are worthy of possessing a 1959 Fender Stratocaster but Kenny Selcer has earned his six string stripes many times over.

After purchasing the CD (learn more hear www.kennyselcer.com) explore his website for some striking live covers including one from the Beatles and another from Simon & Garfunkel. Taking on a Paul McCartney and Paul Simon composition is about as easy as paying a mortgage without owning a home. As he has done all these years Kenny is able to accomplish the mission his way.

Bandcamp Daily  your guide to the world of Bandcamp

sndtrak stops by with an Album of the Day Feature of his most recent release, FLIPS V1: Triple Lindy